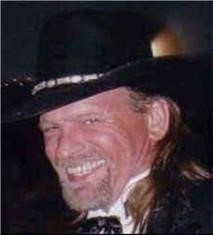 Allen Ray was born on September 11, 1961, Sidney, MT the son of Milo and Donna (Yadon) Emly. He grew up and attended schools in Fairview, MT. After graduation Allen attended Dawson Community College in Glendive for a couple semesters. After college he started working for area farmers before he started driving truck, Allen drove truck for several business in the area. One of his trucking jobs was delivery apples and chickens to Washington and California every week. On one of his trips to Texas in 2003, Allen met Jennifer Vanginault. Every time he would make a run to Texas he would visit Jennifer. Later they moved in with each other and Allen started hauling rock so he could be home every night. On April 21, 2007, Jennifer and Allen were united in marriage in Mount Pleasant, TX. After the marriage he continued hauling rock. In 2010, he started working for Texas Bragg welding trailers. In July of 2012, they moved to Fairview, MT where Allen started working for W L Neu Construction driving truck. At the time of his death, Allen was working for River Aggregate II hauling rock.

Allen enjoyed trucking, playing with his grandkids, hunting, and just loving life. When he was not trucking, Allen love to gardening, he had a large garden and he shared what he grew with the people in Fairview.

Allen passed away on Friday, January 14, 2022, in Sidney Health Center ER, after a wreck near Cartwright, ND.

Graveside services will be held by Curry-Welborn Funeral home in Mt. Pleasant, Tx, on Thursday, January 27, 2022 at 10:00 A.M at Nevills Chapel Cemetery.

To order memorial trees or send flowers to the family in memory of Allen Emly, please visit our flower store.