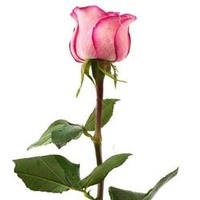 Antoinette "Ann" Taibi Weil, 91, was born in New York City on November 30, 1926 to Carmela Finnichairo Taibi and Angelo Taibi. She passed away on January 23, 2018 in Mt. Pleasant, Texas with her daughter, Deborah, by her side. Throughout her life, Ann was devoted to her family, especially her daughter and grandchildren. During World War 2, Ann, a consummator professional, began her 46 year Civil Service career where she received many awards and by-name requests for her presence at various military and State functions. Ann was assigned to Fort Totten, Armed Forces Radio, Press, and Television Service, Naval Air Public Affairs, and finally, Air Force Public Affairs where she earned the Civilian Meritorious Award. Working in New York City gave her the perfect opportunity to partake in her favorite pastime, shopping on 5th Avenue. After retirement, Ann and her husband, Morris, enjoyed traveling to Italy, Aruba, and throughout the United States. Favorite destinations included Las Vegas, Foxwoods, and Mohegan Sun casinos. After her husband's passing, Ann moved to Mt. Vernon House Assisted Living to be closer to her daughter. Ann is survived by her daughter , Deborah Forostoski Boudreau and her husband, Mark Boudreau of Mt. Pleasant Texas, her granddaughter, Melissa Forostoski Goldfarb and her husband, Bill Goldfarb of Gill, Massachusetts, her grandson, Michael Forostoski, his wife, Lacey Terrell Forostoski and their children, Giselle, Blake, and baby Ethan Dean of Severna Park, Maryland. She is also survived by her sister, Yolanda Herrmann-Brod of Altoona, Florida, her sister-in-law, Catherine Taibi of West Palm Beach, Florida, nieces and nephews, Camille and Bob Sherman, Andrea Peteroy and Donald Wolfe, Vincent Filigenzi, Edward Peteroy and Patricia Pirrello, Gioia and Leonard Valente, Pamela and John Rago, Deidre and Jack Lynagh, Carmel Taibi-Lehn, Angelo and Jan Taibi, Mark Taibi, Matthew and Francine Taibi and numerous great-nieces, great-nephews, and cousins. She was predeceased by her parents, Carmela and Angelo Taibi, her husbands, Robert Philpot and Morris Weil, her son-in-law, Dean Forostoski, her brothers and sisters, Matthew Taibi, Anthony and Margaret Taibi, Frances and Edward Peteroy, Ida and Vincent Filigenzi, young Anthony Taibi, baby Joseph Taibi, her nieces and nephews, Anthony Taibi Jr, John LaPolla, Dale Lehn, and Pam Taibi, and numerous aunts, uncles, cousins, and friends. Ann lived life to the fullest, a true independent New Yorker, a woman with presence who carried herself with grace, dignity and respect. She had a unique and memorable personality and never met a stranger. She has been described as a charismatic spitfire with high standards and values, a mind as sharp as a tack, and poise directly from a five star class on etiquette. She will always be remembered and missed by all who knew and loved her. As per her wishes, Ann will be buried with her husband, Morris in New York at the convenience of the family.

To order memorial trees or send flowers to the family in memory of Antoinette Weil, please visit our flower store.