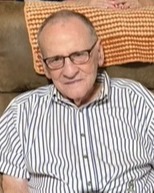 Charles Wayne Melton, age 88, passed away on Monday, January 23, 2023, in Tyler, Texas. He was born to Walter and Minnie Melton on August 19, 1934, in Mt. Pleasant, Texas. He married the love of his life Mary Jane Ryan on August 28, 1959. He worked at Lone Star Steel for over 33 years and retired from Pilgrim's Pride.  Charles was passionate about baseball. He worked part-time as an umpire and as the Deputy Commissioner of the Dixie Baseball, Inc. He was also a veteran of the United States Army.

He is preceded in death by his parents, Walter and Minnie Melton; his brothers, Ronnie Melton, Carl Melton, and Max Melton; and his sisters, Marjorie McClellan, and Jane Scott.

To order memorial trees or send flowers to the family in memory of Charles Wayne Melton, please visit our flower store.