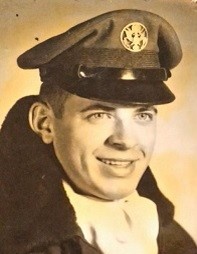 Clifford “Bill” Ritchie, age 76, of Mt. Pleasant, Texas, transitioned from this life to his eternal home on March 9, 2022, at The Hospice of East Texas in Tyler, Texas. He was born on August 21, 1945, in Cambridge, Massachusetts to the parentage of Gladys and Clifford Edward Ritchie. He accepted Christ as his personal Savior at an early age. He attended and graduated high school then later joined the Air Force and served four years during the Vietnam War as a medic. He married the love of his life Wanda Rulison, on March 14, 1966, and was blessed with parenting four children.

To order memorial trees or send flowers to the family in memory of Clifford Ritchie, please visit our flower store.