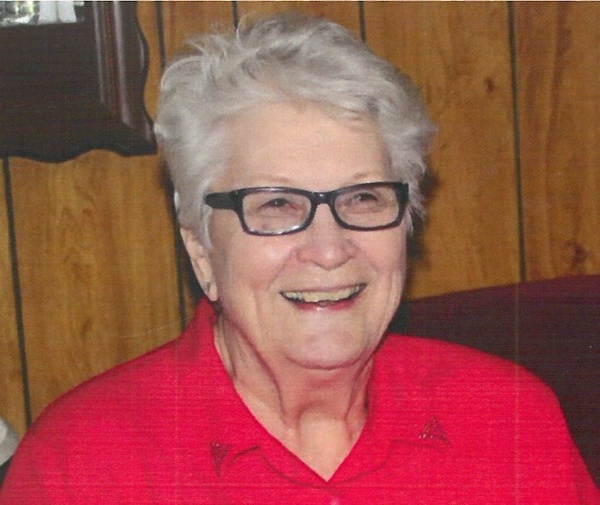 She was born November 22, 1931, in Oklahoma to parents, Charlie and Ella Boehme. They moved shortly after to Mabank, Texas, where Doris and her siblings grew up in a loving, Christian home. Her parents were cotton farmers and Doris, along with her siblings, all worked hard every day on the farm, but her parents made sure they had time for fun and went to school and church. Doris loved school and always wanted others to be treated fairly. When a female teacher felt the girls were being unladylike by playing ball, she organized the girls to come to school in pants and play leapfrog instead to get the ball back. The teacher returned the ball very quickly and the girls went back to their play.

Doris graduated high school after the 11th grade and moved to Dallas with two childhood girlfriends to work for the telephone company as a switchboard operator.  Here she went on a blind date in 1951 with Everett Logan, Jr, who was in the Air Force, home on leave, and turned out to be her soul mate. He was shipped out shortly after their first date and they wrote letters for several months getting to know each other. They married August 4, 1951, and were stationed in Sault Ste. Marie, Michigan, when she gave birth to her twins, David Lynn and Donna Sue, in July 1952. They traveled with the military having two more sons, Garry Wayne in 1955 while stationed in Germany and Roy Everett in 1956 while Doris was living in Mt. Pleasant, TX, waiting for Everett to return from an unaccompanied tour to Okinawa Japan. She decided to further her education, and in the mid 1960’s earned her Beautician’s License just before Everett shipped out to Saigon, Vietnam. This was before internet and letters were slow to reach the families from soldiers in combat. The waiting was hard, but he retired shortly after and in 1967 they settled in Mt. Pleasant, TX. After several years, they built their final home near Everett’s family in Sugar Hill where they raised their children and watched their family grow.

Doris was always quick to offer a hand whether it was baking for an auction to raise funds for a neighbor in need or helping a loved one recover from surgery. She had a kind forgiving heart that was filled with the Holy Spirit. Doris was also a faithful member of her church. Throughout her life, she served as a Pastor’s wife, a Sunday School Teacher, a VBS Teacher, the Church Treasurer, the President of the Lady’s group and mentor to anyone who needed her. She served God steadfastly from her first breath until her last. She instilled a deep understanding and belief in God for her family and friends with the way she represented Him.

Doris was very proud of her family and loved nothing more than being with them. Family gatherings were large, loud, and full of laughter. Holding hands, counting off (for a record of how many were present), prayer and lining up for filling plates always highlighted each gathering. This would lead to clean-up and setting up the washer game or horseshoes outside, kids running in and out, a football game on the TV and a card game at the kitchen table. Every event was full of laughter, hugs and catching up. Doris loved every minute of it and would start the ball rolling planning the next gathering before the current one was over. She loved sitting on the front porch, drinking coffee, and watching the deer, cows and birds to start her day and to close it. She was a natural caregiver and loved to travel and visit family. She was the central point of our family network and will be missed beyond measure.

In lieu of a traditional funeral, Doris and Everett both chose to be cremated and will share their final resting place together amongst the Logan family in the Gladewater Cemetery off of Hwy 1402. The family is requesting a private goodbye at this time and will hold the gathering in the spring for their final farewells. Also, in lieu of flowers, the family requests that donations be made to the Hospice of East Texas at www.hospiceofeasttexas.org.

To order memorial trees or send flowers to the family in memory of Doris Logan, please visit our flower store.