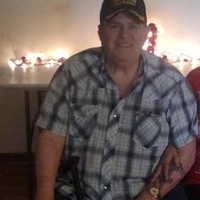 EJ was born in Hammond Louisiana on April 22, 1947 to Edward J. III and Violet Ruth Rolling. He graduated from Ponchatoula High School in 1965 where he played football and baseball. He enjoyed running dogs with his dad and uncles. EJ served in the US Army, was a Vietnam Veteran, and was a member of the Dellwood Park Assembly of God Church in Mount Pleasant.

To order memorial trees or send flowers to the family in memory of Edward IV, please visit our flower store.