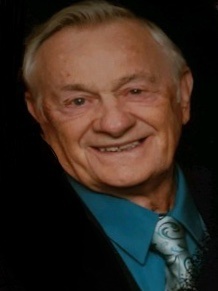 Pete served in the ministry of the Lord his Savior for almost 50 years. First as a youth minister in the early 1960’s, then moving into mission work starting in 1970. He moved to Texas from Kansas and became the Director of Faith Rescue Mission in Amarillo for 2 ½ years, then on to Wichita Falls, TX from 1972 until 2006 as Director of Faith City Mission. When he retired he moved back to Stark, KS where he pastored the Quaker Church where he first found the Lord and the Call to the ministry. He eventually fully retired to live the last of his years in Mt. Pleasant with his wife and new found love Carol Smith. Where he has enjoyed life still in the ministry as a Sunday school teacher.

There are many accolades we could mention and many he wouldn’t. For example being a police chaplain, Commendations of Merit from the city of Wichita Falls, to even a flag presented to him by a Senator and Representative to the Governor that flew over our State Capital. In the end though his only remembrance he would care about would be that you knew him as a faithful Witness of God’s love and grace to his fellow man, to feed the hungry, cloth the poor, and present them with God’s message. He has gone to be with our Lord and we are sure his rewards are waiting for him there.

To order memorial trees or send flowers to the family in memory of Gordon Smith, please visit our flower store.