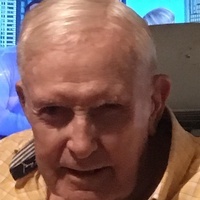 Harold Dean Harbour, age 88 passed away on Sunday, November 25, 2018 at his home. He was born on December 18, 1929 in Titus County, Old Union community to Denver and Mollie Winters Harbour. He married Billie Coleman in 1958, and shared 51 years of love with her until her death in 2009. He was an army veteran, serving during the Korean conflict. He worked in the Mobile Home business, and was also a farmer in his later years.

A memorial service will be held Saturday, December 1, 2018 at 2:00 PM at the Old Union Baptist Church to celebrate his life.

To order memorial trees or send flowers to the family in memory of Harold Harbour, please visit our flower store.