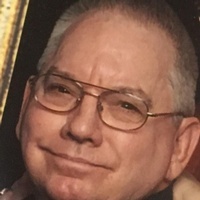 Howard Peyton Hughes Jr., age 70, passed away peacefully on September 27, 2018 at his home in Mount Pleasant, Texas. He was born on October 31, 1947 in Teauge, Texas to Howard Hughes Sr. and Naomi Jean McKnight Hughes.

Mr. Hughes served in the United States Army during Vietnam which he did proudly, and also received the Bronze Star. Howard was married to the love of his life Darlene Lott Hughes for 51 years, and they had three wonderful children. Mr. Hughes loved his God, family, as well as his country, which he served them well. He wanted everyone he came in contact with to hear about God. He loved to play his guitar and sing alongside his children. He will be missed but gladly blessed to know he is in no more pain. We all will see him again very soon. He was a member of Dellwood Park Assembly of God Church in Mt. Pleasant.

He is preceded in death by his father Howard Peyton Hughes Sr.

To order memorial trees or send flowers to the family in memory of Howard Hughes Jr., please visit our flower store.