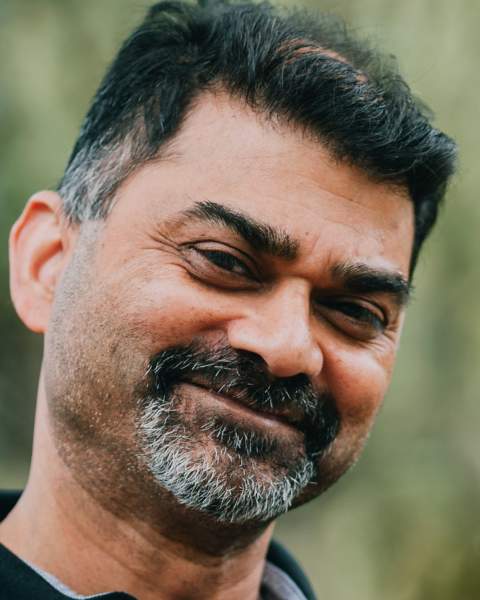 Ignatius Edviges Fernandes, fondly known as Iggy, was born in Kuwait on October 16, 1960, to Roque and Felecidade Fernandes. He was the second eldest of 7 brothers and sisters. He went to boarding school in Gao, India, then continued his education in Kuwait. He also worked for Kuwait's newspaper, the Arab Times, in his early 20's.

In 1983 he met Florinda Cruz who was working part-time at the Arab Times, and in 1985 they were married in the Philippines.

They had 2 daughters, Christel and Laverne, prior to the Persian Gulf War in 1990. During the Gulf War, he ensured the safety of his family, evacuating to the Philippines till all was settled. In 1992 his family was reunited in Kuwait and his youngest daughter Nicole was born. In 1993 he immigrated to the United States with his family. He went to school, pursued and achieved his Associates Degree as a Physical Therapist Assistant. He served the East Texas population for over 25 years, and he coached for Mount Pleasant Youth Soccer Association for 6 years. He loved to play soccer, badminton, and racquetball, and never backed down from friendly sarcasm and banter. He sought inventive solutions, tinkering with objects and gadgets that would otherwise be rubbish. He was a strategist and a free spirit. He loved to teach, and he loved to laugh. He was an incredible husband, daddy, Papi, son, brother, and uncle. He touched so many lives.

Ignatius is preceded in death by his father Roque, his mother Felecidade, his uncle Ignatius Martins, and his sister Flossy Rodrigues.

We celebrate his life and take comfort knowing that he is whole, healed, and in the presence of the Father.

Until we are united again, you are deeply loved and missed.

Revelation 21:4 - "He will wipe away every tear from their eyes, and death shall be no more, neither shall there be mourning, nor crying, nor pain anymore, for the former things have passed away."

The family appreciates the remembrance flowers and hopes that donations to Cypress Basin Hospice and or UT Southwestern Cancer research would be considered.