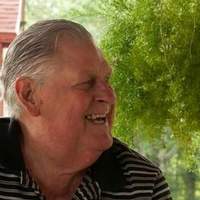 James Edward "Jim" Fleming, 71 of Blodgett passed away Friday, October 31, 2014 in Mt. Pleasant. Memorial Service for Jim will be at 5:00pm Tuesday, November 4, 2014 at the Curry-Welborn Funeral Home Chapel in Mt. Pleasant. Visitation will be held starting at 4:00pm at the funeral home.

Jim was born October 6, 1943 in Camp Blanding, Florida to James Edward Fleming and Margaret O'Rourke Fleming. They moved to Galveston, Texas where he lived until 1962. He graduated from Kirwin High School in Galveston with the Class of 1961. He graduated from the University of Texas in Austin January of 1965.He married Carole Cappadona on August 5, 1961. Jim worked for Osiris Corporation as a Senior Vice President of Sales until his retirement in 2004.

Jim is survived by his loving wife of 53 years Carole of Blodgett; daughter Deborah Rushin of The Colony; son Brian Fleming of Mt. Pleasant; grandson Kevin Ryan Rushin; sister Jennifer Cowan and husband Robert; half sister Shay McConnell; host of cousins, nieces, nephews and close friends. He is preceded in death by his parents and a brother Gerard Fleming.

In lieu of flowers memorial contributions maybe made to The Pilgrim Cancer Center in Mt. Pleasant, Rainbow Connection (a camp for children with cancer) located in Galveston, Texas or the American Cancer Society.

To order memorial trees or send flowers to the family in memory of James Fleming, please visit our flower store.