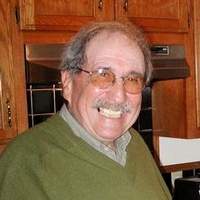 Leon Erwin Schneer passed away on August 7, 2014, at Titus Regional Medical Center after a heroic struggle with cancer.
He was born June 29,1927 in Waterbury, CT, to William and Minnie Schneer. He served in World War II, enlisting in the Navy in 1944, serving as a corpsman. After the war Lee attended and graduated from the University of Bridgeport, Bridgeport, CT, 1950, with a degree in Business Administration. While at university, Lee attended the Reserve Officers Training Program, contemplating a return to the Navy.
He was very proud of his military service, and grateful to come home from the war. After jobs in the oil industry, he joined Columbia Records in 1962, moved to New York City, and transferred to Dallas in 1963,opening up a new branch office to serve the Southwest. The music business provided the greatest career Lee could be a part of, being directly involved in the explosive growth of rock and roll, and the building of the greatest roster of country artists in the industry. Lee worked passionately in the business and retired in 1992.
After retirement, he moved to Lake Bob Sandlin, in East Texas, and enjoyed his power boat, sail boat, and canoe. Fishing, swimming, and entertaining rounded out his years on the lake.
Lee was preceded in death by his parents and sister Audrey. He leaves behind his wife Jane of 24 years, his sons Kenneth (Terri), David (Chinae), and Joshua, and grandson Noa, as well as stepchildren Elizabeth and Lucas Bennett and beloved dog Harry.
A memorial service will be held Monday, October 27, at 2:00 p.m. at the Dallas-Fort Worth National Cemetery, 2000 Mountain Creek Parkway, Dallas. In lieu of flowers, donations can be made to the National Humane Society.

To order memorial trees or send flowers to the family in memory of Leon Schneer, please visit our flower store.