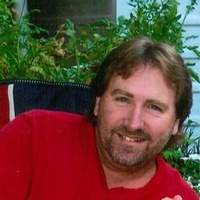 Timothy (Tim) Lee Carpenter, age 58 of Mount Pleasant, passed away Friday, February 26, 2016 in Mount Pleasant due to natural causes. Graveside services will be held Wednesday, March 2, 2016 at Macedonia Cemetery in Pittsburg at 2:00 P.M.

Tim was born in Tucson Arizona on September 28, 1957 to Tom Jerry Carpenter and Christiane Desper Whatley. He was a master craftsmen who worked with his dad and brothers in the family business until 1995. During this period he also worked for General Dynamics for five years. The last few years he worked as an independent contractor.

To order memorial trees or send flowers to the family in memory of othy Carpenter, please visit our flower store.