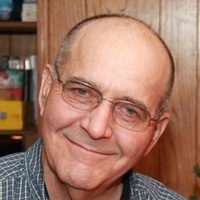 Phillip Ray Brown, Sr., 74, of Mt. Pleasant, Texas, passed away on Thursday, February 8, 2018, at his home. His visitation will be held at Curry-Welborn funeral home in Mt. Pleasant, Texas, on Saturday, February 10 from 5 to 7 P.M. His funeral services will be held Sunday, February 11 at Southside Church of Christ at 2 P.M. Phil was born on May 12, 1943, in Hope, Arkansas to R.L. and Clovis Brown. He graduated from Mt. Pleasant High School in 1961. On a blind date the following year, he met the love of his life, Patricia Rogers. They were married on March 7, 1964 and celebrated 53 anniversaries. Phil was drafted into the United States Army in 1966. He served his country for two years primarily in Turkey where his plumbing and construction skills were utilized. Upon returning home, he joined his father in the family business, Brown Plumbing, and eventually became a master plumber. Later his younger brother, Randy, joined them. Phil enjoyed working and only semi-retired a few years prior to his passing. He was an avid hunter, fisherman, and gardner. He was an active member of the Natural Wild Turkey Federation and served on the Natural Resources Committee. He loved spending time with his children and grandchildren. He was a faithful member of Southside Church of Christ. Phil is survived by his wife, Pat Brown of Mt. Pleasant, TX, two daughters; Philicia Upchurch and husband Nathan of Queen City, TX, and Deborah Brown of Mt. Pleasant, TX, two sons, Phillip Brown, Jr. and Roger Brown both of Mt. Pleasant, TX; five grandchildren, Lauren Upchurch, Joel Upchurch, Kylee Brown, Presley Brown, and Sebastian Brown; his sister Phyllis Welch of Mt. Pleasant, TX, his brother, Randy Brown and wife Marsha of Mt. Pleasant, TX; several nieces and nephews; and a special friend, Naomi Copeland. He was preceded in death by his parents, R.L. and Clovis Brown, brother-in-law, Danny Welch, and niece, Dana Crawford. Visitation will be held at Curry-Welborn Funeral Home on Saturday February 10 from 5 to 7 P.M. His services will be held at Southside Church of Christ on Sunday February 11 at 2 P.M.

To order memorial trees or send flowers to the family in memory of Phillip Brown, please visit our flower store.