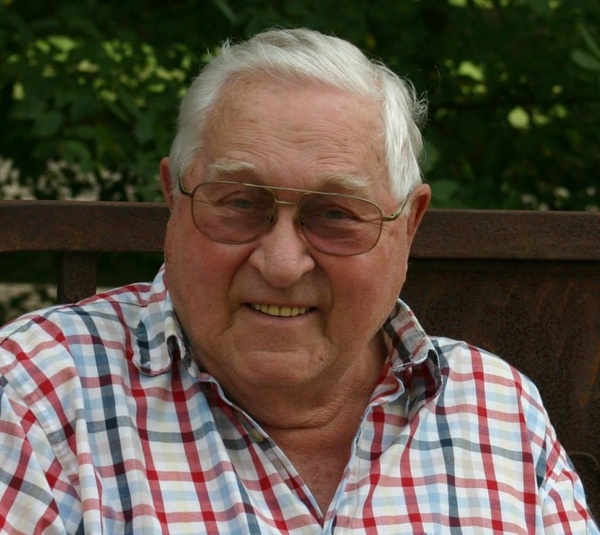 Richard Allen Anderson was born on September 21, 1935 in Ashland, WI to Roy and Margret Anderson. He was known as Richie to his family in Wisconsin, but other friends and family called him Andy! He was the oldest of 12 children. He resided at Greenhill Villas Nursing Home for the last 15 months where he was cared for and loved on by many staff members, whom the family was grateful for. He was 84 years old when he went to be with our Lord and Savior in his heavenly home on Sunday, August 30, 2020.

Andy told many a story of growing up working the family farm, and how he had to walk barefoot uphill both ways in the snow. After leaving the farm, he went to bible college in Minnesota. There he met a man who became his friend. He went home with his friend to Ohio to work for the summer where he met the love of his life, Nancy Hunt.  They were married on June 14, 1958. They had 4 children during their 51 wonderful years of marriage. They moved to Texas in July of 1979 for Andy to work at Dekoron. There he was known as “Chief”.  He was a great boss, caring mentor, and father figure to his fellow workers.   Most of all, he was a spiritual leader showing them the love of Christ.

Andy and Nancy owned and operated Anderson’s Gift & Vac Shop in Mt. Pleasant for over 35 years.  Many people were blessed by just walking through the door, especially the UPS man. He served as a deacon, teacher, and elder of the Lamb’s Fold Church for many years. He loved to go fishing and camping with his family by his side. He was happiest when a fishing pole was in his hands.  He was a loving father and blessed his family by showing and teaching them God’s Love. He leaves a legacy for his family and friends that will never be forgotten.

He is survived by his 4 children and their spouses: Tom & Cheryl Anderson of Garrettsville, OH; Cindy & John Lovell of Hot Springs, AR; Linda & Mike Hammond of Mt. Pleasant, TX; Tim & Myra Anderson of Naples, TX; 21 grandchildren, and 8 great grandchildren. He also leaves behind 2 sisters, 3 brothers, and numerous nieces and nephews.

He was preceded in death by his parents, loving wife, and 6 brothers.

A visitation to celebrate the life of Richard “Andy” Anderson will be Saturday, September 5th from 1:00 - 2:30 pm.  The memorial service will start at 2:30 pm.  Visitation and the service will be at Curry Welborn funeral home located at 2256 N Edwards Ave, Mt Pleasant, TX 75455

In lieu of flowers, the family is asking that donations in memory of him be mailed to Heart to Heart Hospice 201 W 20th St suite A, Mt Pleasant, TX 75455.

To order memorial trees or send flowers to the family in memory of Richard Anderson, please visit our flower store.