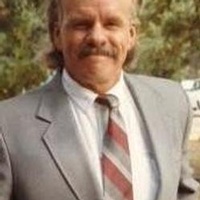 Graveside services will be held April 19th at 2pm, at Willow Oak cemetery in Gilmer, to celebrate the life of our beloved Brother In Christ Ricky Dwayne Stewart. Ricky died peacefully in his sleep at Greenhill Villa in Mount Pleasant.
Ricky was 62. He was born March 2, 1953 in Gilmer. He was a 1971 graduate from Gilmer High School. He was the son of W.I. Stewart and Juanell Bradshaw both deceased. Ricky served in the United States Marine Corp.
Ricky is survived by his wife Carrie Stewart of Robinson, TX. One sister and brother-n-law Mike and Vickie Taylor of Mt Pleasant. Half-sister and husband Bridget and John Ribsam of Austin. Step brothers and wives Micky and Barbara Taylor and Billy and Liz Taylor of Pittsburg. Step-sister Sandy Williams of California. Step-mom Imagene Stewart of Pittsburg. Special nephew and niece Aaron Taylor and Ashley Walters and her husband Ryan Walters of Mt Pleasant. And a host of aunts, uncles, and other nieces and nephews. And one special friend Carolyn Turnbull.
Ricky's uncle Arlie Bradshaw and Pastor Danny Tremble will officiate.
Special thank you goes out to the staff at Greenhill Villa that showed special kindness and attention to Ricky and family during his stay. And a very special thank you to all the warm love and care from the nurses at Cypress Basin Hospice. A special thank you to hospice nurse Peggy Helbert and reverend Mike Kessler.
All donations may be sent to Cypress Hospice, 207 Morgan Street, Mount Pleasant, TX 75455.
Earths Loss is Heavens Gain.

To order memorial trees or send flowers to the family in memory of Ricky Stewart, please visit our flower store.