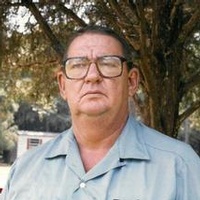 Russ Ford Crawley, 81 of Mt. Pleasant, Texas went to be with our Lord and Savior on February 27, 2014 after a lengthy illness. He was the third son born to Erma and Paul Crawley on June 27, 1932. Russ and his two brothers were raised in Winfield, Texas and he graduated in 1950 from Winfield High School. Russ went to work for American Petrofina Refinery in Mount Pleasant where he remained at the plant through the changeover to Dorchester Refinery and until the closing of the plant. After the Refinery closed, Russ went to work providing security at the mines until he retired. Russ leaves behind his wife of 62 years, Betty Dickerson Crawley. Daughter and son-in-law, Deborah and Rick Lunsford of Mt. Pleasant, Texas. Daughter, Cindy Crawley of Mt. Pleasant, Texas, and Teresa Cunio Welch of Rusk, Texas. Grandson, Justin Jones of Black River Falls, Wisconsin. Granddaughters, Kimberly Lunsford Anders of Houston, Texas, Becky Cunio of Tyler, Texas, Jamie Cunio of Rusk, Texas, and Olivia Rogers of Mt. Pleasant, Texas, and six great grandchildren. He also leaves behind his two brothers, Charles Henry Crawley of Albuquerque, New Mexico, and Cecil Ray Crawley of Houston, Texas, a brother-in-law Bobby Dickerson and wife Ginney of Spokane, Washington, and numerous nieces and nephews. He was a member of Highland Park Baptist Church in Mt. Pleasant, Texas. Vistiaition will be at 2PM, Saturday, March 1 at Curry-Welborn Funeral Home. The funeral service will follow at 3PM.

To order memorial trees or send flowers to the family in memory of Russ Crawley, please visit our flower store.