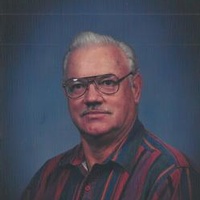 Samuel Dean Giddens, age 79, of Mt. Pleasant. TX, passed away on August 17, 2016 in Mt. Pleasant. Funeral services will be held on Sunday, August 21, 2016 at the Northridge Church of Christ at 3:00 P.M. with visitation held prior to the service from 1:30 to 3:00 P.M. at the church. Interment will follow at the Monticello Cemetery.
Samuel was born on February 18, 1937 in Round Timber TX., and spent his younger years in Clarksville and later moved to Graham, Texas where he met his wife. He graduated from Graham High School in 1954 and attended the University of Texas at Arlington. He married Margaret Ann Alberts on May 29, 1957, and had four children by 1963. He learned the carpentry trade from his father-in law, W.L. Alberts, but moved to Monahans Texas in 1960 to work as an electrician. Sam moved his family to Ft. Worth in 1966 and worked at the power plant in Arlington. Samuels's final move came in 1974 to Mt. Pleasant Texas to work at the power plant in Monticello. He worked as a journeyman electrician and was a master carpenter. He enjoyed fishing, was an avid reader, and worked a cross-word puzzle every day with a pen. Samuel was a faithful member of Northridge Church of Christ, a dedicated father, a proud grandfather, and a loving husband.
He is survived by his wife, Margaret Giddens of Mt. Pleasant, Daughters; Leann Jenkins and husband Bradley of Houston TX, and Laura Fredrickson and husband Ronald of Mt. Pleasant, and son Billy Giddens and wife Lisa of Texarkana, his grandchildren; Samantha Martinelli-Smith, Amanda Cooper, Katie Williams, Cheryl Shovan, Whitney Giddens, Coco Randell, Great-Grandchildren; Shelby Martinelli, Michael Dodson, Ali Williams, Blaine Williams and Henly Shovan. He is also survived by his sisters; Kathryn Stewart, Bessie Faye Stewart, and Frances Irwin and one brother Jimmy Giddens.
He is Preceded in death by his parents, Amon and Florence Giddens, a daughter Renee Giddens Hall, and a grandson Robert Harrison Hall.

Memorials can be made in Samuel's Honor to the Northridge Church of Christ Missions Fund.

To order memorial trees or send flowers to the family in memory of Samuel Giddens, please visit our flower store.