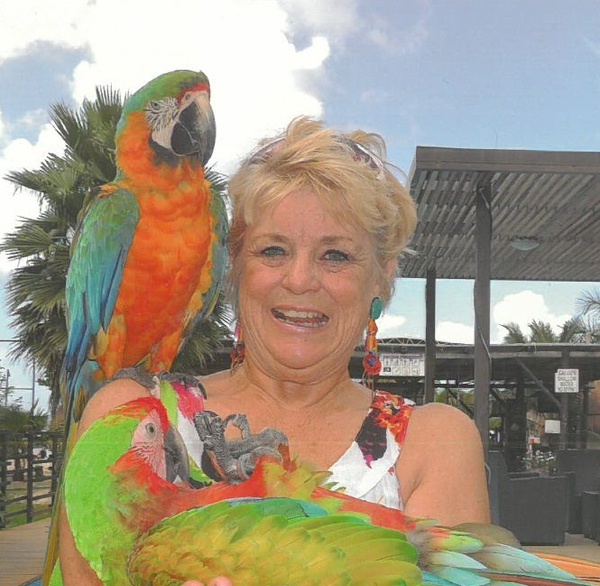 Sheila and Ron had 4 sons. Timothy Paul David Scott and the (Twins) Christopher Shawn & Todd Michael Sheila also has many grandchildren and great grandchildren, whom she all loved. Sheila also has 1 older sister Barbara Kosch Nagell, who is 15 months older. Sheila & Barbara had a wonderful & fun childhood. They would run barefoot in the snow with dad of course and mom was always there to warm us up. They got to do lots of crazy things like fishing, picnics and lots of trips. In 1954 mom and dad started studying with Jehovah's Witnesses and then Sheila’s life really got fun. Sheila and Barbara were baptized in Blue Island, Illinois in 1956. They enjoyed going to unassigned territory to preach every summer. They also got to attend the 8- day international convention in New York in 1958. During that convention there, we all slept in 2 tents. Sheila and Barb would be giggling in their tent and dad would say, Del (mom) go quiet the girls down and soon dad heard 3 girls giggling in the tent. The girls grew up and Sheila married Ronald Brandt in 1966 and soon came 4 cute little boys. Oh, how Sheila loved her boys and taught them how to work hard. After each meal, they would clean off the table and do the dishes even under 6 years old. To this day they are all hard workers. Sheila, even as little as she was, would take her boys shopping. So, she would shop with 1 cart of baby boys and one cart of groceries.

Sheila was so talented and could make anything she put her mind to. She would help anyone she could and would make instant friends.

Sheila lost her husband Ron in death in 1997 and that was quite a blow. SoSo, Sheila and the twins decided to get busy in the Truth. The one thing that stood out about Sheila was her love of the Truth and Jehovah. She was able to pioneer for 15 years. During those years her and the twins were able to work on the RBC brick crew and helped with the building and renovation of many Kingdom Hall’s. Oh, how they loved that. In 2016 Sheila suffered an aneurysm of the aorta and that slowed her down, but she then braved 6 more years in pain to be with her boys.

Sheila knew that after her death, she would just be lying asleep awaiting the wonderful promise of a resurrection into a beautiful paradise earth, where she will be without pain, sickness, or hurt, and she would be able to run and play again with her boys and family

To order memorial trees or send flowers to the family in memory of Sheila Jean Brandt, please visit our flower store.