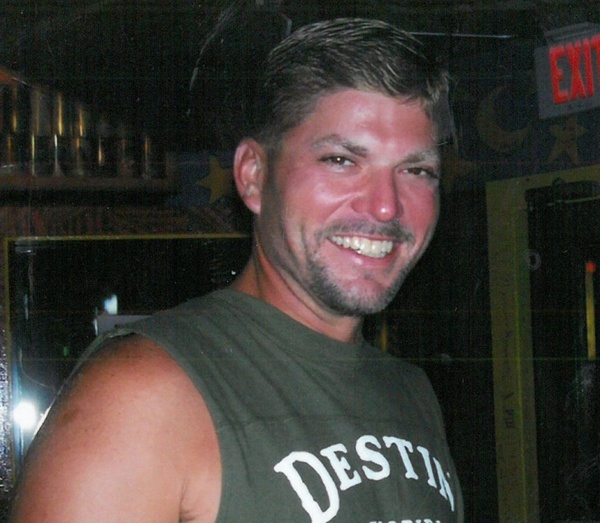 Troyce Matthew Brownlee, 48, went home to Heaven January 14, 2021, at his home in Titus County. Troyce was born August 3, 1972 to Angela and Doyle Brownlee in Mount Pleasant, TX. In August of 1998 he gained a bonus mom Vickie Brownlee.

Troyce was a hard working, intelligent, and dedicated man. He graduated from Mount Pleasant High School, then went on to hold a successful career with US Steel for 20 years. 11 of those years, he served as an EMT/Fireman with an education he received from Texas A&M Fire and EMS Academy, College Station.

Although he enjoyed his career, Troyce was most known for his contagious smile, love for deer hunting, riding four wheelers, and spending time with his girls, his two daughters.

He was an avid outdoorsmen, cherished his community, and appreciated any 80’s rock song. Troyce spent most of his childhood/adolescence playing baseball; this passion carried on into his adult life, and led him to begin coaching girls softball in 2008. This season of his life lasted several years and brought him so much joy. He was honored to have the opportunity to coach the girls alongside his brother Brian, and gained many lasting friendships.

Troyce was a member of Mount Sylvia Baptist Church where he attended from the time he was a child. He accepted Christ as his Savior early in his life. It was his faith he stood on and that carried him in times of uncertainty. Just 6 months ago, he grieved the loss of his older brother Brian. In his crushing grief, he encouraged his family to look higher, to trust the Lord’s plan. Troyce would want all his family, and dear friends to know his Savior, and to rest in the fact he is now fully healed and at peace with our Lord.

Troyce is preceded in death by his grandparents Raymond and Syble Brownlee; brothers Brian Brownlee and Steven Krugh, and sister Michele Krugh-Williams.

A graveside service will be held Wednesday, January 20, 2021 at Gladewater Baptist Cemetery beginning at 1:00 PM. There is no formal visitation scheduled. The family invites everyone to join them for refreshments at Mount Sylvia Baptist Church, following the ceremony for a continued celebration of his life.

To order memorial trees or send flowers to the family in memory of Troyce Brownlee, please visit our flower store.