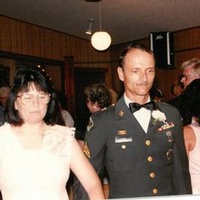 Walter was born in Long Branch New Jersey on January 12, 1948 to Richard Anthony and Louise Lake and married Elizabeth Ann Tahamont in Woodbridge Virginia on May 15, 1982. He served in the United States Army for over 29 years, was a member of the VFW of Mount Pleasant until it closed, a volunteer with the Nortex volunteer fire department, and was of the Roman Catholic faith.

Memorials in the honor of Walter Lake Sr. can be made to the Cypress Basin Hospice at 207 Morgan St. Mount Pleasant Texas.

To order memorial trees or send flowers to the family in memory of Walter Lake Sr., please visit our flower store.